The governance principles which apply to all companies with a premium listing on the London Stock Exchange are found in the UK Corporate Governance Code (the “Governance Code”). This statement provides a review of how the Company has applied the Governance Code’s principles and how we comply with its provisions. It sets out our approach to governance and supplements the information given in our 2018 Annual Report, approved by the Board on 27 February 2019.

The Governance Code recommends that at least half the board of directors of a UK-listed company, excluding the chairman, should comprise non-executive directors determined by that board to be independent in character and judgement and free from relationships or circumstances which may affect, or could appear to affect, the director’s judgement. The Board considers that the Company complies with the requirements of the Governance Code in this respect with Adèle Anderson, Peter Bamford, Tony Bourne and Dame Janet Husband determined to be independent. 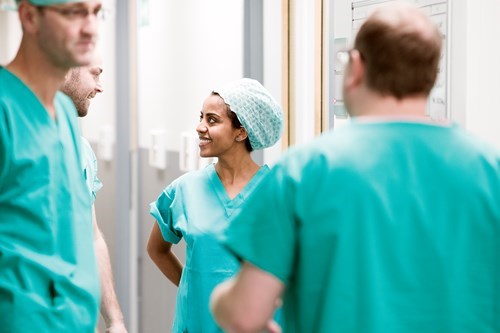 The Governance Code requires that the Board should appoint one of the independent Non-Executive Directors as the Senior Independent Director and Peter Bamford has been appointed to fulfil this role. The Senior Independent Director will be available to shareholders if they have concerns that contact through the normal channels of the Non-Executive Chairman or Interim Chief Executive Officer has failed to resolve or for which such contact is inappropriate.